INGLISKEELNE seminar: Grassfed milk – can it be profitable?

Grassfed milk – can it be profitable? 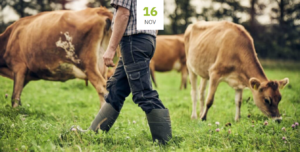 In 2017 Danish dairy company Thise, together with Coop Denmark, launched a new product – milk from cows raised exclusively on grass and ley. The milk was brought from the farm Hvanstrup on Jylland and sold in Coop Irma shops for 1,9 euro/litre. The launch got financial support from Coop Denmark’s crowdfunding platform where more than 400 individual consumers invested in product development.

Thanks to an increase in demand two more farms have since then converted to grassfed milk production. This year Thise has also increased their range of products to include butter, crème fraiche and yoghurt from grassfed milk.

What is special about grassfed milk?

Grassfed milk hence comes with many advantages – for biodiversity, resource efficient food production, animal welfare, to mention a few – but does it add up economically? How does the cooperation between producer, dairy and retail work? Is grassfed milk expected to continue to grow in Denmark and could we have larger scale grassfed milk also in Sweden?